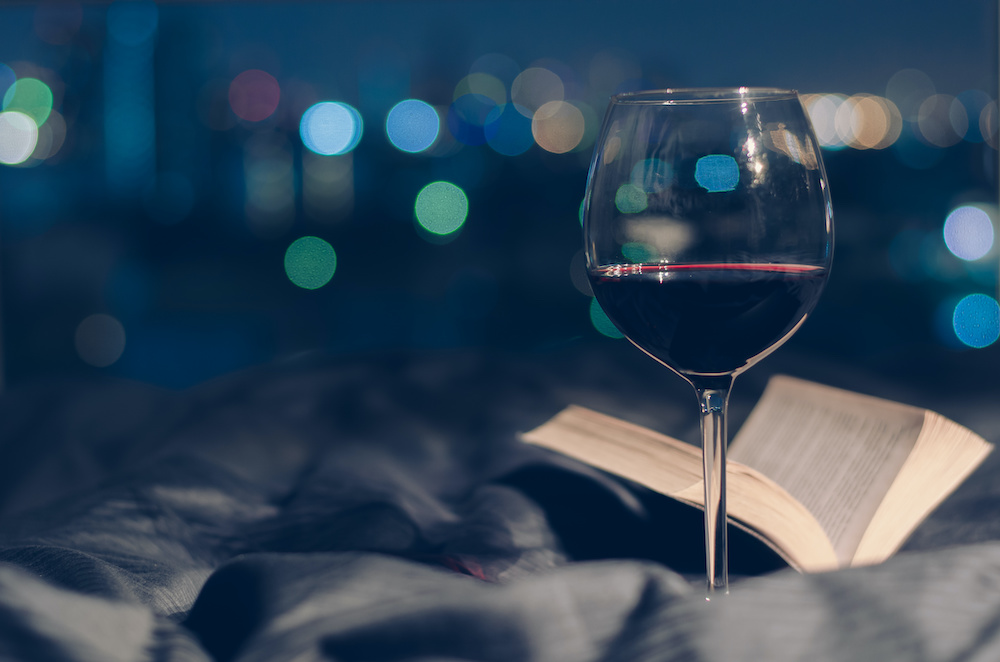 Alcohol is the most common self-prescribed hypnotic agent in the developed world. Millions of people use alcohol to help them to get to sleep every night.

Alcohol certainly has soporific effects, which is why people often turn to it to help them to get to sleep. There are, however, several problems with the use (or abuse) of alcohol in this way.

Firstly, alcohol alters the sleep architecture, reducing the amount of slow wave non-REM sleep and increasing the amount of REM sleep (Lands, 1999). So, people who have consumed moderate to large amounts of alcohol in the evening before going to bed experience sleep that is unrefreshing and that has potentially not effectively encoded and consolidated their memories for the previous day(s), as would be the case with the ‘sober’ sleeper who has had their requisite amount of restorative, deep, slow wave Non-REM sleep. This leads to mood consequences that are likely to exacerbate more alcohol seeking behaviours the next day.

Secondly, alcohol is a toxin that requires elimination from the system. This elimination requires a lot of water and thus an intoxicated individual will often wake early in the morning feeling dehydrated and needing to take on more water. Dehydration is a cause of early morning awakening (EMA), which is one form of insomnia, and this is very common in people with alcohol dependency syndrome.

Finally, alcohol is addictive and people that begin to use alcohol regularly can easily cross a threshold into abusing the substance, which can then have increased impact on poor sleep and mood, thus having an insidious, circular effect on an individual.

A review of cognitive behavioural therapy for insomnia (CBTi) treatments for insomnia co-morbid with alcohol dependency published in 2014 showed a small number of studies examining the efficacy of psycho-behavioural approaches for the treatment and management of insomnia in this group.

Although the numbers of available studies are small, initial findings indicate the utility of cognitive and behavioural approaches in the successful treatment of insomnia in those who are chronic users of alcohol (Brooks & Wallen, 2014).

It is worth noting here that recovery from alcohol can take a considerable amount of time, with sleep disturbances persisting, sometimes for a long time, after abstinence. These persisting sleep problems can promote relapse, and so a person with alcohol dependency syndrome with concomitant sleep problems will often require significant amounts of support for protracted time periods whilst they are in recovery.

When implementing the interventions for people who are dependent or recovering from alcohol it is imperative to work collaboratively with any other treating professional(s), especially to consider the pacing of delivery. Particular attention should be given to the client’s memory, due to the potential amnestic effects of alcohol, and to the potential for relapse in both sleep experiences and drinking behaviours during what can often be a protracted period of recovery.

Read more in: Lee DR. 2017. Teaching The World to Sleep: Psychological and Behavioural Assessment and Treatment Strategies for People with Sleeping Problems and Insomnia. Routledge, London.

PsychWorks Associates – a new brand identity to represent who we are