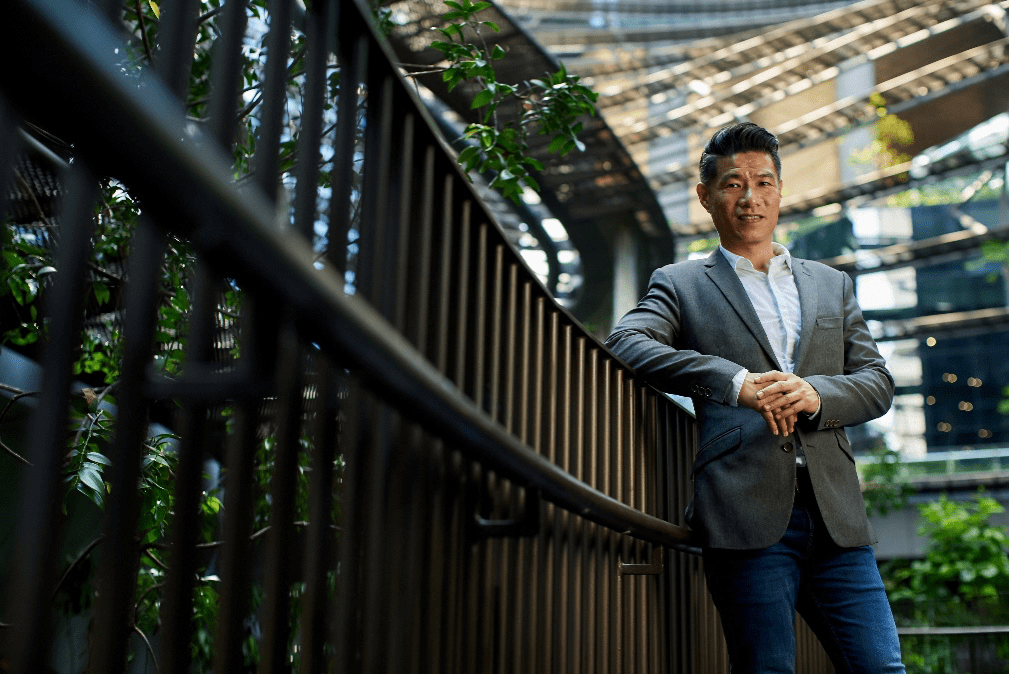 Rehabilitation robotics leader Fourier Intelligence is further increasing its prominence on a global scale through its expansion into Europe and Australia, while also relocating its headquarters into the hugely sought-after ‘Silicon Valley of the East’.

The unicorn is establishing new Fourier divisions in Zurich in Switzerland and Melbourne in Australia and is the latest step in the company’s ongoing and significant expansion.

This will add to its existing businesses in Singapore and Malaysia, with its invitation to become part of the globally-esteemed Zhangjiang Science City giving it premium headquarters in Shanghai with the potential to expand its current workforce of almost 400 people, having grown from less than 30 three years ago. 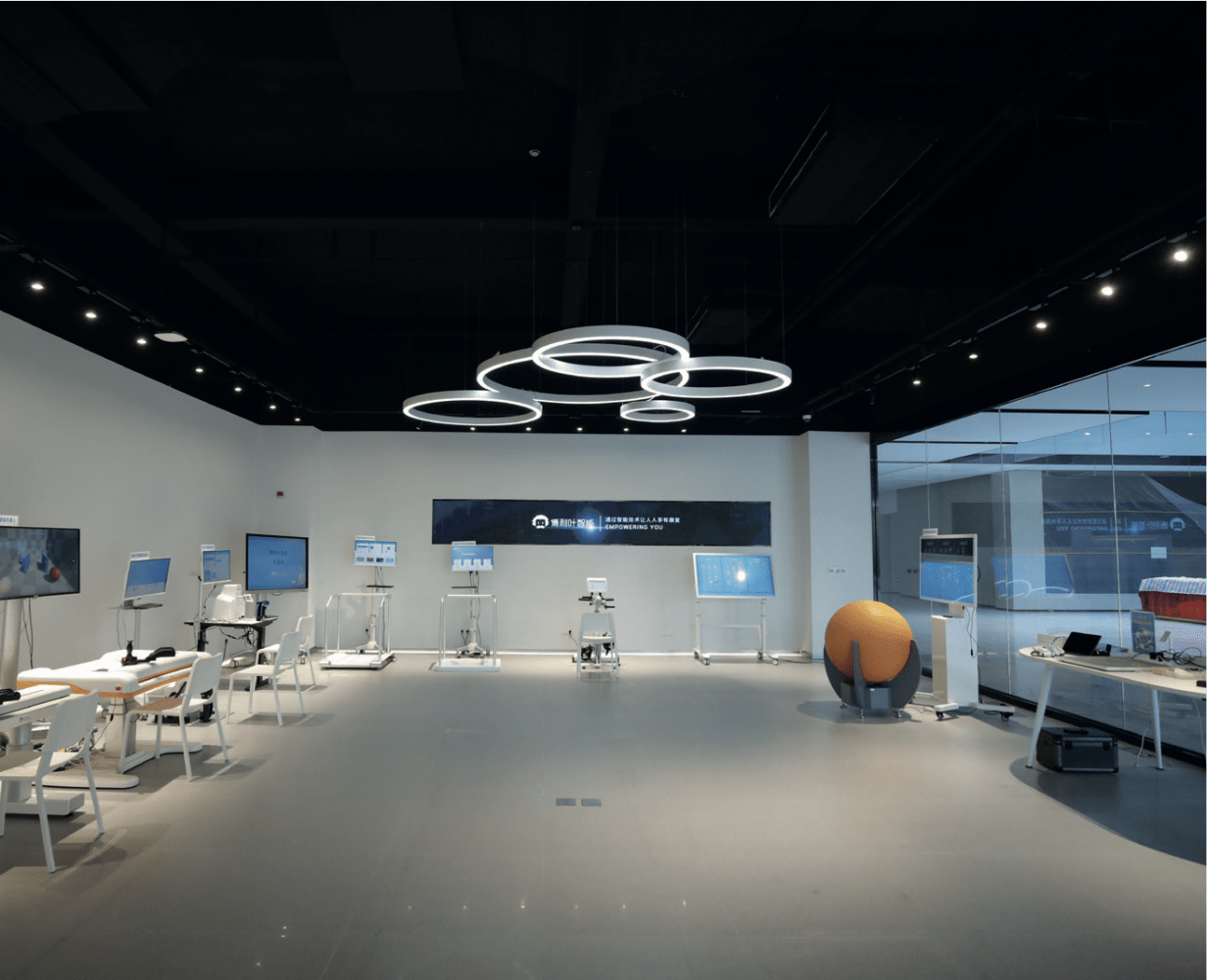 Indeed, by 2025, Zhangjiang Science City has earmarked Fourier as the flagship tenant of the next phase of development of its AI Robotic Valley – which would see its robotics industry worth $10.8 billion – and would see huge expansion by Fourier; a feat the business is confident it can accomplish.

A pioneer in the global rehab tech market, Fourier already has presence in 54 countries around the world, with more than 10 million usage hours for its portfolio of over 20 AI-powered rehabilitation robots. 100 more products are currently in development.

Recently, the business – established only six years ago – became the first rehab tech company in the world to secure financial backing from a major player in the international investment market when it gained C+ funding from Saudi Aramco, a coup described as being of “humongous” significance to Fourier and its ambitious plans.

And already delivering on its ambitions, Fourier believes its new headquarters – which it moved into in July after being asked by local government to stay following an exhibition of its products in China – help to send out their statement of intent globally.

“This is known as the Silicon Valley of the East. I am an engineer and look up to the work of Silicon Valley and the jobs, innovation and companies that have come from there, we want to help emulate that here,” says Zen Koh, co-founder of Fourier Intelligence.

“We are a young company but we hope to encourage other companies like us to be a success and to help drive forward advancements in technology for China. We are proud of how we always rise to the challenges and it’s about time we show China and the world what we’ve got.

“Zhangjiang Science City and its plans for Robotic Valley are very important. Shanghai is one of the most advanced cities in China but they are acutely aware they need to be more than the factory of the world. People want better jobs and a better life. By building an environment which attracts ambitious startups, budding entrepreneurs and established businesses, they are 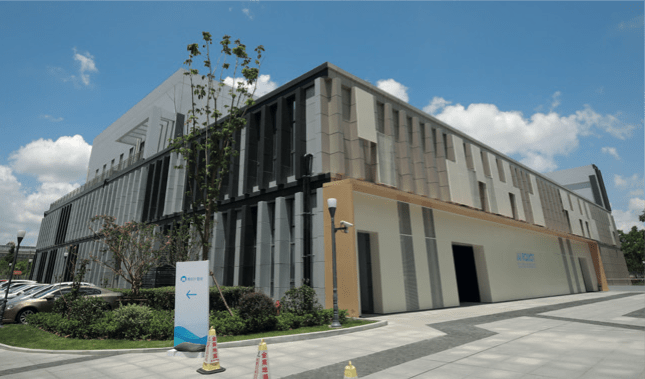 creating an environment for growth and ambition.

“Moving here is huge for us, and I hope this will be the chance for Fourier to truly change the world of rehabilitation – but at the very least, I hope people learn from our experience. There are some very positive and encouraging signals from the rehab community across the world.”

Fourier’s further expansion into Zurich and Melbourne – supported by some of the leading scientists and R&D leaders to help advance its research and product development even further – adds to its ten subsidiaries and joint research laboratories around the world, with the potential for further businesses in Chicago, Madrid and London set to be explored in the future.

Its Swiss business is hoped to be established by the end of this year, with its Australian division set for mid-2022. Fourier’s rapidly growing global presence places it in a hugely influential position, but one in which they are keen to work collaboratively.

“In becoming a truly global business which makes a positive impact on patients’ lives, we are very, very open to working with the entire global rehab community. We welcome the world to work with us and collaborate with us,” says Zen.

“We want to compete and collaborate with the best companies out there and in a positive way that can benefit the whole community. We believe that through collaborating and networking with other companies, sharing ideas and positively engaging, we can all get to the next level.”

But as well as growing Fourier’s presence and its capability to create life-changing robotics for patients, Zen is also committed to supporting the next generation of talent.

“We want to encourage young people and talented engineers to join our industry. That is why Silicon Valley is successful, they attract people to come and be part of changing the world and the way we live,” says Zen, who has worked in the advancement of rehab robotics for over 20 years. 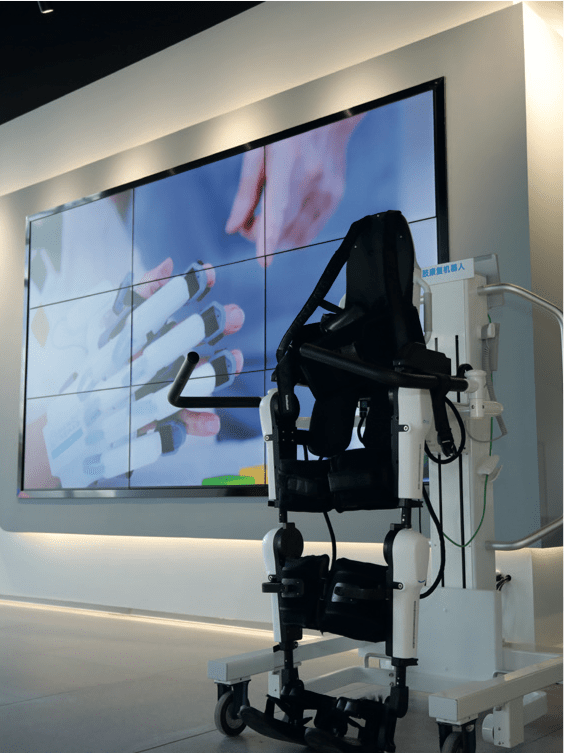 “Our ambition when we started was to be a global company and we truly believe that using technology will make human lives better – in continuing to do that, we need to work with the best talent in the world to help us develop something that is truly global.

“This is a fun industry and a cool career, but also the chance to make a positive impact on humankind.”

One partnership through which Fourier is truly having a positive impact is with Yongchi Rehabilitation Hospital in China, one of the most advanced rehab centres in the country, which has the biggest Fourier RehabHub™ solution with over 30 devices available for use by its patients. With the help of Fourier’s technology, Yongchi has progressed from traditional rehabilitation to intelligent robotic therapy.

The RehabHub™ concept was launched by Fourier in 2020, and is now widely used in neurorehabilitation, elderly care and community-based rehabilitation settings. The comprehensive rehabilitation solution is equipped with highly efficient, interconnected, and cost-effective robots that deliver functional training, assisting clinicians in providing treatments and enabling effective and consistent rehab to patients.

Zen believes the RehabHub™ model, against a backdrop of its proven success in Yongchi, can be replicated around the world, to help bring its technology to more people who need it.

“Robotics are helping humans to do rehab better, but for many it is something they can’t afford. But through the creation of this state-of-the-art RehabHub™, this is enabling robotics for all, not just the rich people,” says Zen, who is also an ambassador of the International Industry Society in Advanced Rehabilitation Technology (IISART).

“We had a launch and patients were so excited they flocked to the clinic, it was a phenomenal success. This could be a very successful model which could be replicated and shared with the world.

“Of course people are sceptical about what they outcome will be when they have invested so much money, but when the financial model is right, it can work very well. Yongchi is not in one of the bigger cities in China, but they have adopted this model where they don’t charge high fees and have made it accessible.

“We are working to fine tune the clinical and financial model so that robotics can make a difference to people’s lives without burning a hole in their pocket, and we hope this will be used around the world.”