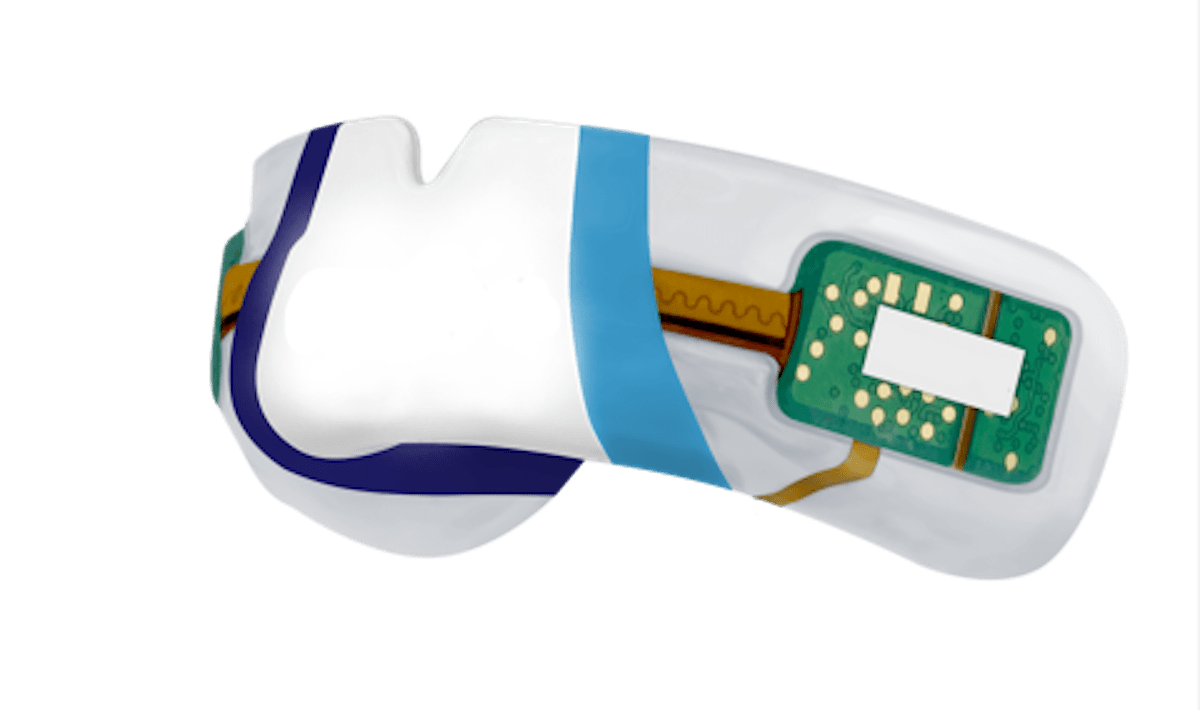 The announcement that Liverpool and Manchester City are to trial a high-tech mouthguard for a new study into heading is the latest move in football’s efforts to tackle the mounting controversy about player safety. NR Times meets the creators of the revolutionary Protecht mouthguard

With the links between sports like rugby and football and head injuries causing later-life neurological problems becoming increasingly clear, such globally-loved sports are facing some huge challenges.

Played by global icons who are adored by millions, the emphasis is increasingly shifting onto what may await them further down the line, after a career during which they will undoubtedly sustain regular head impacts through heading the ball, colliding with other players or falling to the ground.

Currently, a number of celebrated rugby players are involved in a landmark legal action over claims the sport has left them with lasting brain damage. And recently, former Leeds Rhinos captain Stevie Ward retired from the sport aged only 27, due to the lasting effects of concussion, which he said have left him unable to exercise at all without aggravating his symptoms.

As former England striker Chris Sutton assessed: “Premier League clubs nowadays have members of staff who monitor everything from how many sprints you made in a match to how much sleep you got last night. They measure the lot. Yet what is not measured is potentially the most important thing — what is happening to your head on a day to day basis. I find that remarkable.”

Change clearly needs to happen, both to safeguard those currently playing sports, as well as the future generations. Failure to act could, say experts, impact on the willingness of parents to allow their children to participate, adversely affecting the future of such mainstream sports from grassroots level upwards.

While only a seismic change in how football and rugby are played can prevent any form of head injuries happening – and with trials for concussion substitutes in football underway in the Premier League – the ability to gain greater insight into what is happening to players on the pitch in real time is a crucial intervention.

And that is where a new invention comes in, adding a high-tech twist to old-school sports equipment to result in a creation which could help to revolutionise safety in contact sport.

Following extensive testing and development, and the creation of market-leading software, Swansea-based startup SWA has devised Protecht, a mouth guard which contains the technology to convey information to pitch side computers in real time, telling them instantly the level of impact a player has sustained.

Through being able to measure the force and impact of every head impact – collecting 102 milliseconds of information around the head trauma, of which three milliseconds will be the actual impact – a club’s medical team can be fully informed and make evidence-based decisions over whether someone needs to be examined, replaced or protected.

Rugby has been keen to act, with Protecht in use by a host of Premiership clubs. Boxers and MMA fighters have also begun to use the high-tech mouth guard.

Now, with the announcement about Liverpool and Manchester City taking part in a trial of the mouth guard, perhaps football is set to follow suit.

“This is a brand new area for football, where mouth guards are not commonly used, but we are starting to come onto their radar and we hope that’s where it’s going,” says Chris Turner, chief executive of SWA.

“In rugby, which is where we started, we’ve made great strides there. We hear from the clubs who use Protecht that it’s working very well. We heard from one club who did a two-day training cycle, one light impact and one heavy. Through being able to see the data we collect, they realised they were actually both the same.

“Studies are showing that when players hit each other there is very little impact, the greater impact comes when they hit the floor. That kind of insight is hugely valuable.

“It could be that one player has a series of impacts in the first half of a match, and handles those impacts very well, and their neck strength can cope with that. But into the second half, that neck strength and endurance starts to evaporate, and the impact of these impacts is doubled. We’ve never had the real time data to tell us that before.

“From the sidelines, for the first time it can be seen in great detail what is going on with players, and the impacts they are taking. The information from their mouth guards is passed on in real time and decoded there and then.”

Professor Mike Loosemore, a leading figure in sport and exercise medicine and concussion expert, who has advised SWA on the creation of their mouth guard, believes the adoption of Protecht can be vital in attributing where head injuries come from.

“It can help us understand what needs to be changed, particularly in football. A lot of sports are starting to adopt concussion protocols, but football has not really been at the forefront of the head injury and concussion debate until more recently,” he says.

“Maybe it’s that we just don’t know, and to take a decision like banning heading in football would change the sport hugely. And if you stop heading, which will make players’ necks weaker, this may lead to an increase in head injuries from falling down. This mouth guard will have a huge impact in finding out exactly where the head injury has come from.”

While its positive impact in safeguarding players is already being seen by sports professionals – “It allows us to build a pool of data on how much contact they tend to take in a week, per training session and in a game,” says Harlequins’ head of medical Mike Lancaster – the impact of the absence from sport for any period of time means they need to be afforded even greater protection, says Chris.

“Many players are returning to contact after an absence due to COVID, or perhaps an injury, and that can have a big impact. We can collect an enormous amount of data to show how they are conditioned after an absence, how they are reacting and dealing with impact, and this can be of huge importance when raising the intensity,” says Chris, who previously held executive roles at Unilever and SAP before starting SWA.

“It can be very useful in helping a team manager to manage players. A healthy player is a good player, and returning to sport after COVID does pose risks. Athletes, during a period away can become deconditioned, and are more susceptible to injuries, including head injuries,” agrees Professor Loosemore.

“This mouth guard can alert you to that. The technology behind this is very advanced, and we can see in real time, as it happens, the need to protect athletes, particularly when returning to contact after an absence.”

With adoption at the highest levels of English rugby, clearly clubs see Protecht as a key factor in ensuring the safety of their players. But is this the solution to the problem of the consequences of head injuries in sport?

“Through being able to relay this real time information through these 102 millisecond waves around a head impact, we are helping to increase understanding around where head injuries come from and are putting this information directly into the hands of club doctors and their teams,” says Chris.

“We have spent a lot of time and money developing the mouth guard, testing it, ensuring it is reliable and accurate, and we are very pleased with its impact and the feedback we are receiving from those who are using it.”