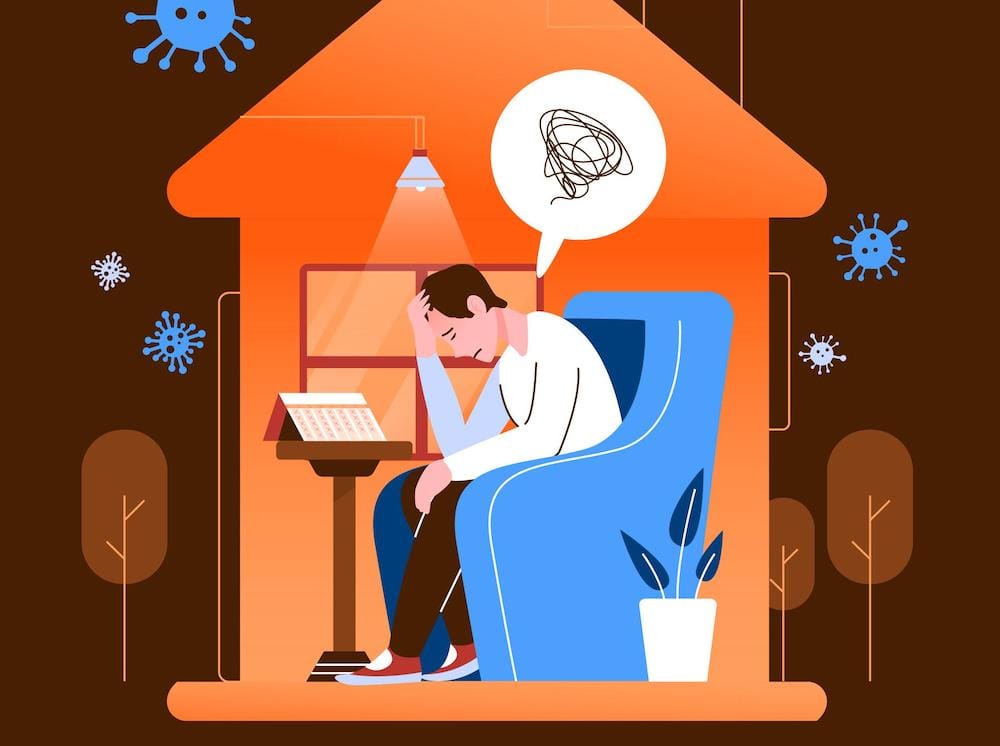 COVID-19 has presented many challenges for brain injury patients, with the cancellation of groups and appointments meaning a pause in their rehabilitation. Here, Paul shares his story of how his experience of the past few months has left him dreading the impending ‘second wave’.

I sustained a brain injury just over 18 months ago now. It was in circumstances many people describe as a ‘freak injury’ but I really hate that description, as I’m constantly well aware I probably now seem like a freak, thanks to my condition. I was decorating at home, something I never do, but we were trying to save some money so I thought I’d give it a go. I was standing on some ladders which were a bit wobbly, but they seemed fine for a DIY novice such as myself.

The next thing I knew, I had woken up in hospital, my partner at my bedside looking distraught. Apparently the ladders had tipped over and I was lying on the floor when my partner got home, unconscious. Seemingly I had been there for some time, which had worsened the impact of the fall itself.

I was told I had suffered a brain injury, which went on to manifest itself in a number of ways. I forget things all the time. I have a much shorter temper than I used to. I dribble sometimes, which means I now never eat or drink outside my own home. It has changed my life in many ways, none of them good.

But what can you do other than get on with it? I resolved to live my life the best I could and just get on with things, although the early days were pretty tough.

I was angry with my partner – why couldn’t we have just paid for a decorator? Not that it was his fault at all, but I lashed out at everyone with my vicious tongue. But being the amazing person he is, he supported me, comforted me, and proved to be my saviour and lifeline.

He found local groups for me to attend. He found forums online for me to visit. He connected with other people with brain injuries, who could understand my situation much better than he could, which I stress was not for the want of trying.

Things began to look up. I went to a fantastic group run by volunteers who were such a comfort. There weren’t many people there but everyone who attended was so kind, sympathetic (not in a patronising way) and understood.

They got it, and that’s all I wanted. They knew I didn’t want to be this short-tempered, forgetful person, but tolerated me for who I was. For the first time since the day I woke up in hospital and hated the world, I was feeling a lot better.

I remember watching the news in maybe January this year and watching what was happening in Wuhan in China. This dreadful COVID-19 was spreading like wildfire, people were having to stay at home for weeks on end in isolation, it was shocking to see. ‘I wouldn’t be able to cope with that,’ I thought. But barely three months later, this became my reality.

Being stuck at home all day, every day, was torturous. My mental health began to suffer badly and I became very angry and resentful at the same four walls being my everyday surroundings. The group I had found, where at long last I felt in the company of people who understood me, was cancelled until further notice.

That was especially tough. They did try to organise something though Zoom at one point, but I hated these videoconferences – I could hear my partner on them most days doing work, and the noise echoed around my head, ringing in my ears and making my whole brain feeling as if it was going to explode. I chose to end contact with people and resolved to sit at home, in the very house which had been so important to decorate it had ruined my life. I just hated myself and everything around me.

With the restrictions being lifted to some degree, I have now begun to go out of the house a little. I have been going for walks. I got my hair cut. I want to rebuild the confidence I have lost over the past few months so I can attend my group again once it resumes.

I know that probably sounds absurd as the people there were so lovely, but I know I’m not the person I was even those few months ago. I’m very anxious and highly self-conscious – they feel like traits which have come suddenly but have burrowed deep. But every day I’ll keep on going out, even just round the streets where I live for a walk, and trying to overcome the latest challenges to be sent my way.

However, permanently in the back of my mind is the thought of another lockdown once the second wave arrives. That adds to my anxiety every single day. What will I do if we are again told we can’t leave the house? How will I cope? I’m not sure I will.

I’m not really sure how I got through lockdown the last time, where days and nights merged into one and any concept of getting dressed went out of the window. I have an appointment at the hospital in a few weeks from now, but who knows what will happen between now and then.

The rate of infection is again rising every single day, and I fear we are heading for another full lockdown. The thought of that is too much to take sometimes, but the huge worry is if that was to become reality.”

‘A middle-aged man with MS on the job scrap heap’