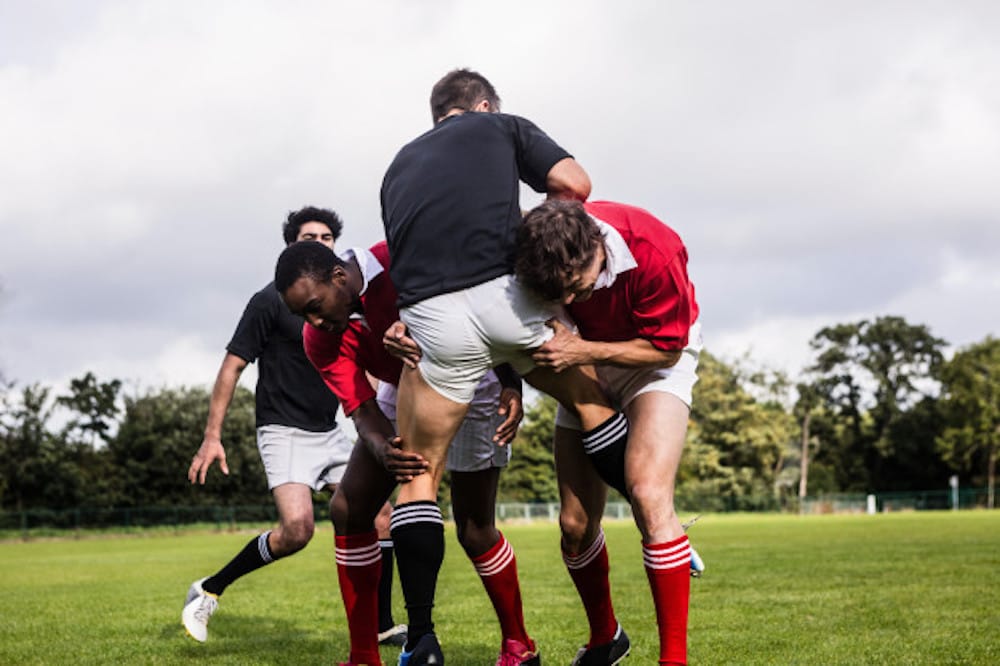 Researchers from Durham University and Auckland University of Technology compared the injuries of retired rugby athletes with retired non-contact athletes.

They found that retired elite rugby athletes reported up to seven times the number of injuries than those who played amateur rugby and non-contact sports, and concussion was the most commonly reported injury, and had the most common recurrence, for both groups of rugby players compared to non-contact athletes.

Among retired rugby athletes, 81 per cent of elite and 76 per cent of amateur players reported at least one concussion, and concussion injury had the highest recurrence.

The rugby athletes, who were all code athletes, which means they played rugby union or rugby league, were also up to 10 times more likely to report experiencing a lasting impact of previous concussion, among other injuries, including back and joint pain.

The researchers concluded that past participation in rugby union and rugby league, particularly at elite level, is linked to a higher risk of cumulative injuries and a continued impact of previous injuries after retiring from the game.

Retired elite rugby code players reported that previous concussions had a negative impact on their current health, the researchers found.

They urge that there should be more efforts to reduce injuries in rugby codes at all levels, given such a high number of concussions.

“The monitoring of injuries at the player level rather than at club level could be one approach to improving the management of injury for individualised player welfare,” the paper, published today in the journal Sports Medicine, states.

“This could include a system by which the individual player’s injury history can be followed as they move across professional club contracts, and specific strength and conditioning and sports therapy strategies prescribed to help prevent recurrence of injury.”

This is the first study to examine total injuries across entire careers of contact sport athletes, according to the researchers, and the reported effects on physical wellbeing post-retirement.

Half of brain injury survivors lost access to rehab