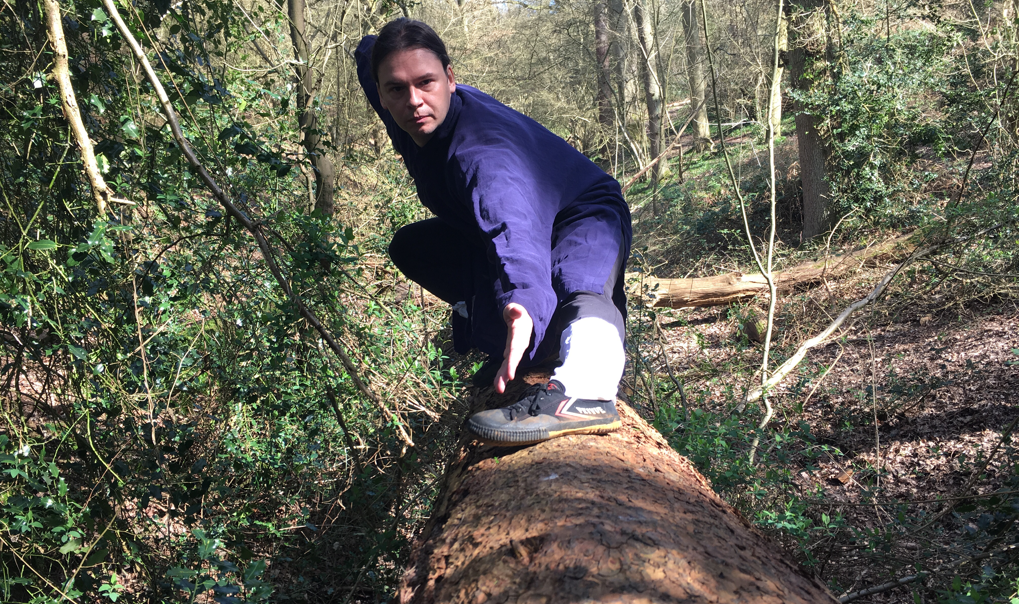 When lockdown began, many people with a traumatic brain injury (TBI) were faced with their treatment and support being paused, or having their face-to-face services moved online.

Yeates hosts online tai chi classes, which are streamed live on the charity Different Strokes’ Facebook page and YouTube channel. The classes are moderated by Alison Smith, who had a stroke last year.

Tai chi involves physical routines to strengthen the body and improve flexibility, achieve regulated breathing and focus on the body to improve inner energy, which in turn, is believed to improve circulation. It’s based on attaining a flow state of mind, which is said to be achieved when people become fully immersed in what they’re doing.

“When you speak to monks in China, they describe it as a very esoteric language. It transforms different types of energies in the body, where something unique happens in the mind,” Yeates says. “The idea of flow comes close to it, where you forget who you are and you’re in the rhythm of that act. This state of mind has a lot of physical benefits.”

When it comes to adapting classes for people with brain injuries, Yeates says this can require a lot of cognitive adjustments, for example, doing movements that mitigate memory problems, such as teaching backwards, or structuring the class for attention difficulties.

“Tai chi comes in many different forms,” Yeates says. “It can contain some complex movements, or be quite simple. It’s about finding which movements help people relax their body, slow their mind and get into flow. It involves moving from your core, rather than thinking about moving your limbs.

“In any given group of long-term survivors of brain injury, each person has a unique constellation of needs,” he says.

Yeates didn’t know the needs of those who would watch his classes, so he decided to cast his net wide.

“We start the class seated and do one side of movement using peoples’ preferred arm,” he says. “Then, they’re given the option of bilateral movement. Even when they’re doing both arms, I’m focusing on telling people to move from their body, not their arms.”

“Then there’s the option to stand and walk, to coordinating arms and legs, and doing positions in different ways to get into a flow state of mind. The idea is to do it the way that’s right for the individual.”

Yeates has done eight classes so far and has found it to be very different from the face-to-face classes he taught before lockdown.

“It’s difficult because doing stuff on screen can be more tiring and draining. It can be more demanding than face-to-face, so I’m trying to keep the movement simple and give a range of options for people. It’s about the state of mind when they’re doing it, rather than doing the actions properly,” he says.

Yeates’ main goal is getting people out of their heads and into their bodies. In the classes he’s taught in the general population in Oxford, he’s found this to be a particular issue.

“Oxford is an intellectual place, and people here are in their heads all the time and neglecting their bodies. When we teach them, they want to understand it intellectually, but they need to switch off their minds and let the body lead.”

Yeates hopes to continue doing the online classes long-term and plans to evaluate it for one year. Participants are encouraged to fill out a survey before they start the group and afterwards, so Yeates can track any improvements as they continue attending classes. He’ll be looking at people’s mobility, balance, anxiety, fatigue and mood, using scales of smiley and sad faces.

He then intends to compare his online group to his face-to-face group, looking at the benefits versus the limitations of online classes, which have more limitations of delivery but are generally more accessible.

“It seems to be reaching a lot of isolated people, which is one of the main aims,” Yeates says.

Yeates trained in martial arts with monks and nuns in the mountains in China and then trained to teach tai chi and kung fu in the general population. Naturally, given his 17 years’ experience of being a neuropsychologist, Yeates has been tracking the scientific evidence of tai chi on the brain.

But while he found some studies on the psychological benefits for people with neurological conditions who practice Tai Chi, there were gaps in the research, which tended to be focused on physical intervention.

“Tai chi can get you into a particular state of mind, where anxiety and depression go down, but these studies were focused on physical interventions,” he says.

This prompted Yeates to deliver tai chi himself among people with neurological conditions, and carry out his own research.

“The elephant in the room in the literature is that no one is talking about it in this way, so we wanted to say that this is what needs to happen to make it valuable for people.”

He is collaborating with the Centre for Rehabilitation/Department of Movement Science at Oxford Brookes University to develop a pilot tai chi for people with TBI, and will evaluate the effects it has on participants’ physical and mental wellbeing.

However, when the pandemic came, Yeates had to hold off incorporating tai chi as part of his one-to-one clinical work.

“Covid-19 arrived so now more people will be acquiring brain injuries through the virus, but can’t get to places to help manage their fatigue or anxiety,” he says.

Yeates found that, during the pilot, some people struggled to get to a fixed location.

While research on the impacts of tai chi on the brain is limited, some studies have shown that tai chi can help alleviate fatigue; a common symptom following a TBI.

“Fatigue hasn’t been studied as a direct outcome, but when it’s measured you can see that tai chi, along with mindfulness meditation and yoga, has benefits for sleep quality, improves energy and reduces fatigue,” Yeates says.

“In Chinese practice, they say doing tai chi improves vitality and energy, whereas in the west, our approach is that if you have a depleted supply of energy you need to manage it wisely.

“Another option is increasing your energy in a holistic way without side effects. Evidence suggests these practices might be deemed to be doing that,” he says.

“It’s the idea that the circulation of vital energy for many people is less than optimal, it doesn’t get circulated around the body and used to its best advantage. In China, there’s a concept of stagnant energy, the idea of a blocked pool where water doesn’t flow through it.

“Brain injury survivors are fatigued and irritable, they have a lot of movement and agitation and fatigue at the same time, the energy isn’t going where it needs to be.

“It’s early days, but there’s something about breathing, focusing attention and using body through relaxing and stretching that seems to have an impact on whatever energy is available to the person.”

Yeates eventually wants to train rehab processionals to incorporate tai chi movements, and train yoga and tai chi instructors on how to adapt their classes, learning how to use cognitive strategies to make practices more accessible

From intensive care to a degree in art: one woman’s brain injury journey

Making the shift from victim to survivor