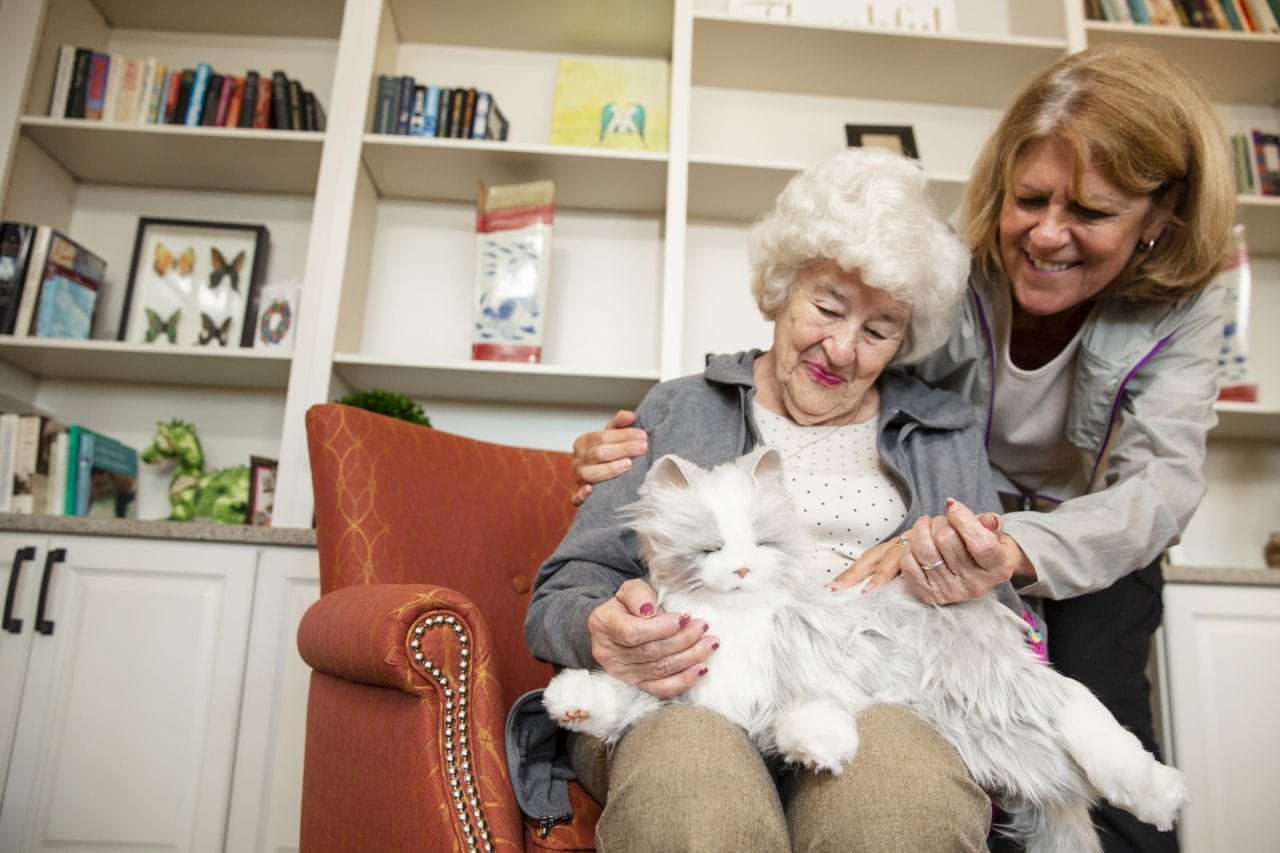 In dementia cases, the instinct to look after and nurture something or someone can be among the last things to leave a person. People with the neurodegenerative condition may hold dolls while in care, for example, as their brain recognises them as objects requiring their care and attention.

While pets can also help to satisfy this need, taking care of them may be too much responsibility for many with the disease. A new solution is emerging, however, in the form of robotic animals.

At the heart of this robot-revolution is Deborah Spratley, founder of Plymouth-based RoboPets, which distributes these devices to care homes across the UK.

The soft and cuddly animals have shown their power to transform dementia and Parkinson’s patients’ quality of life – but are far more than mere toys.  They utilise the latest robotic technology to respond to their carers actions, as well as making life-like noises.

They help to foster a sense of responsibility, and empowerment, allowing patients to forget about their conditions and feel in control of their lives.

Deborah says: “The pets completely change a person’s mood. One of the last things that leaves a person with dementia  is this feeling of nurturing but in their day-to-day lives they can’t do that. They are the ones being taken care of. 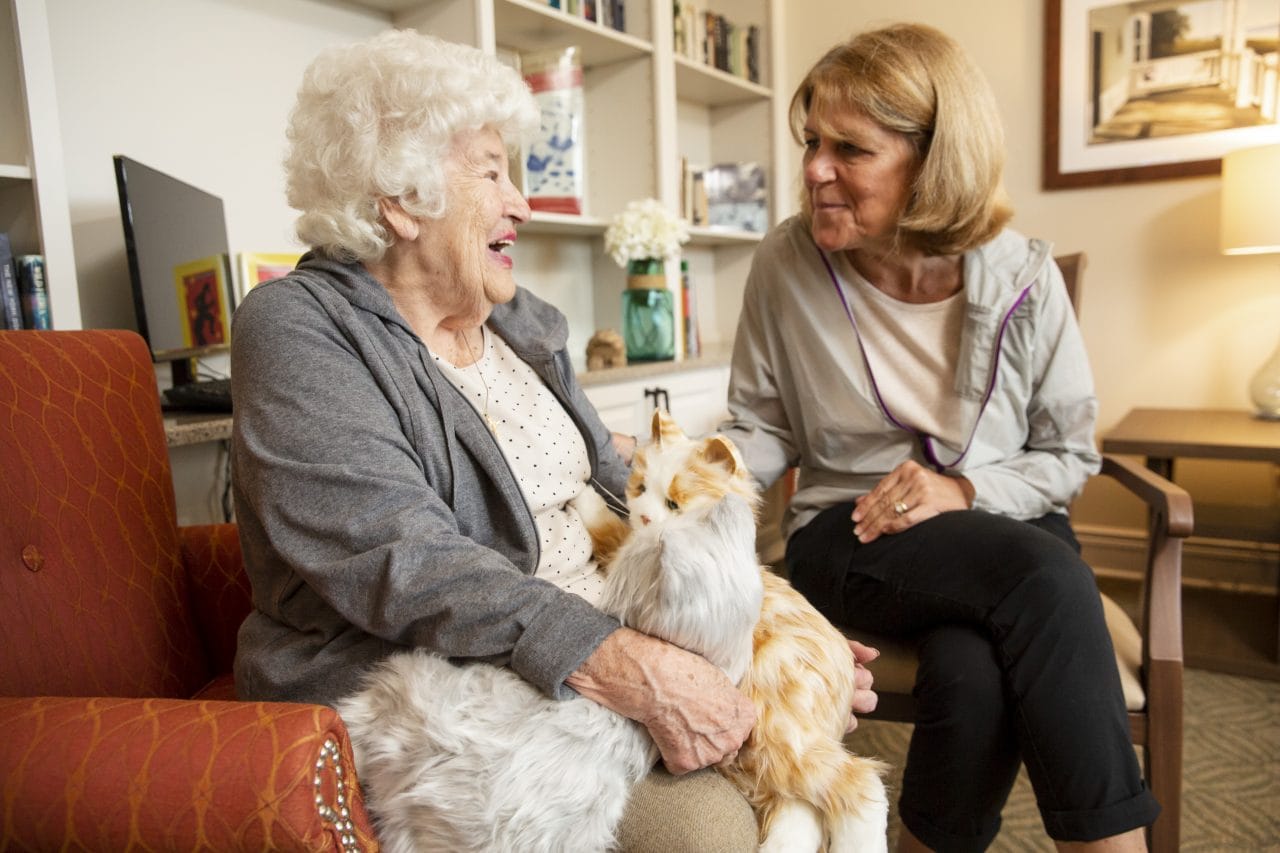 “By introducing the pets – and some dementia patients will believe they are real – it empowers them as they think they are taking care of and loving something, where normally they are the vulnerable ones.

“Even I sometimes forget they’re not real because they respond to you, so when you touch and stroke them it’s quite wonderful.

“The response people have from them is great, they’re happy and smiling and some of them just come alive again. I’ve seen this for myself in my local hospital.”


While the technology is largely well received, Deborah has faced an uphill battle in  persuading some professionals of its benefits.

She recalls one occasion when she conducted a trial visit at a local care home, where senior staff were initially unconvinced of the idea.

A resident with dementia, who was often unresponsive, was given one of the robotic cats, and it instantly changed her mood and behaviour.

She was happy and rejuvenated and made such a connection with the pet that Deborah didn’t have the heart to take it away from her.

“In the beginning it was difficult. But because of the word of mouth people now know the huge benefits.

“Loved ones who buy one for their mother or father in a care home can really show everyone the benefits and now I have people from the NHS buying them.”

A number of care facilities and hospitals in the UK and Europe have looked beyond the scepticism to embrace RoboPets as a means of improving their patient’s quality of life. 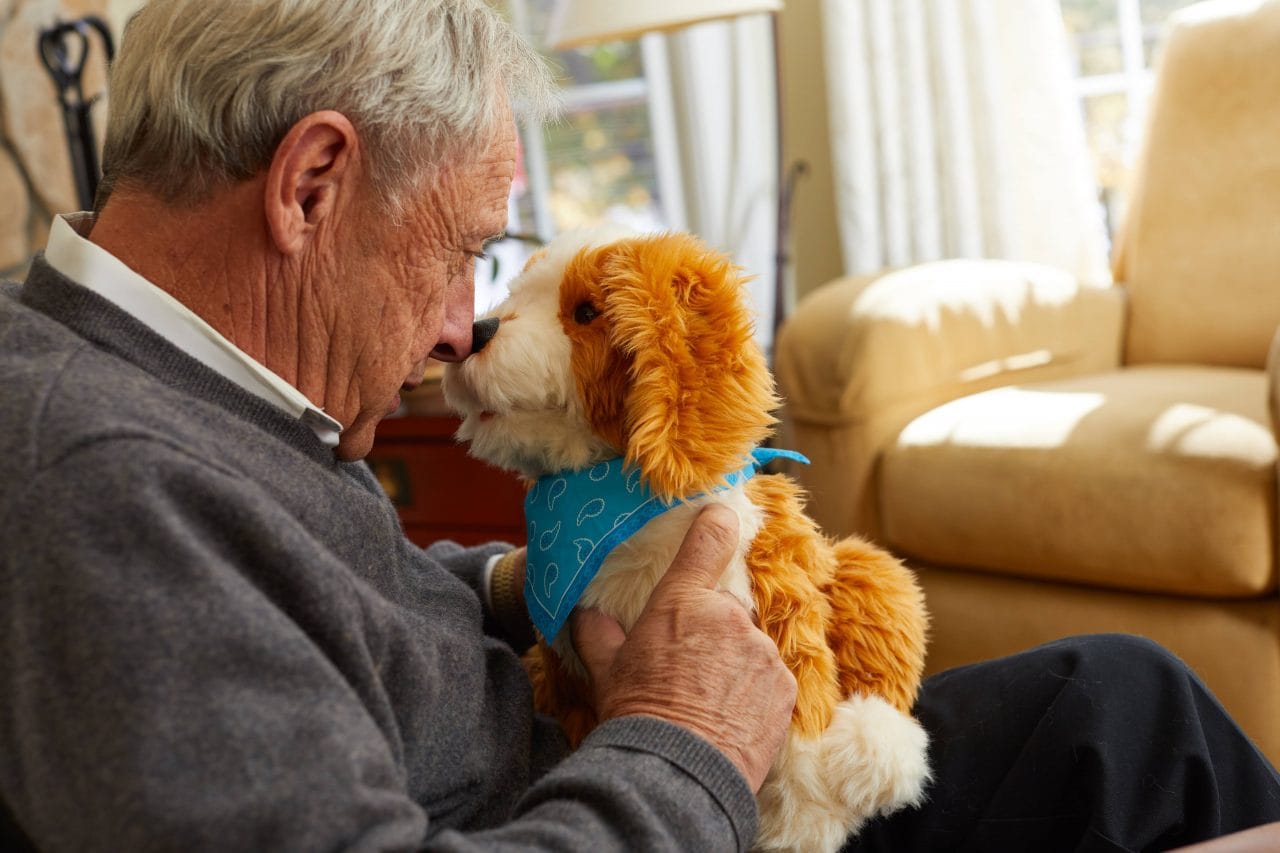 A sense of companionship and the feeling of being able to understand and love something that isn’t too complicated is what draws many towards pets. And it’s not so different with their robotic counterparts.

They too have helped patients to feel less isolated during the pandemic and brought some comfort to those cut off from their loved ones.

Alongside older users, demand is growing for them in terms of  helping children with special needs and mental health problems, offering a relaxing device which teaches responsibility.

There is also a specific model for children called Purrble – a small fluffy creature designed to help ease anxiety and stress.

Currently RoboPets supplies robotic cats and dogs, however it is soon looking to branch out to other animals with a rabbit in development and a bird set to hit the UK soon.

It is a family run company, with Deborah’s daughter Kerrie helping with operations and her 88-year-old mother having her own robotic pet.

Through its good work the organisation has attracted a lot of media attention, such as starring in a special feature on BBC News which skyrocketed sales.

“They showed one of the care homes in Essex we supply,” Deborah says. “That was where it stemmed from and the demand was just phenomenal, every second people were ordering from us.

“Prior to the pandemic I was going out to care homes and hospitals on a one-woman mission to promote them and doing exhibitions.

“But for that publicity to be there is just tremendous and it’s wonderful that more people are aware of RoboPets.”

The dancing Queen who refused to give up