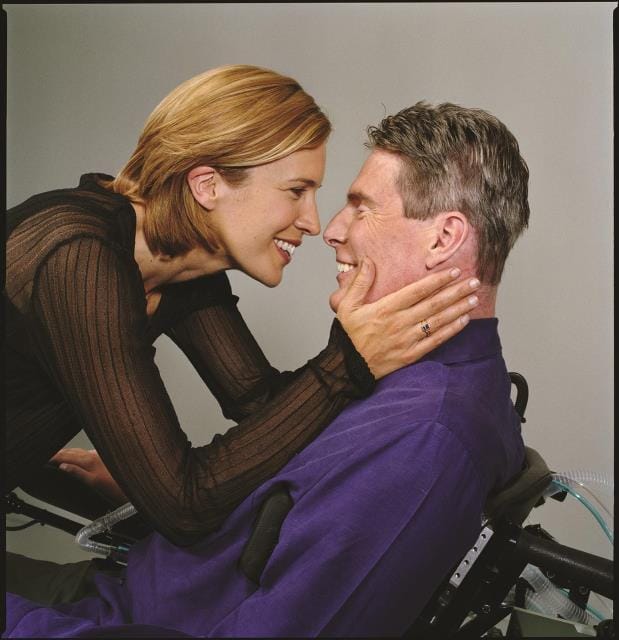 The inspiration Christopher Reeve gave to people living with spinal cord injury during his life is being continued by the Foundation that bears his name, with the quest to find a cure for paralysis moving closer by the day. NR Times speaks to Maggie Goldberg, President and CEO of the Christopher & Dana Reeve Foundation, about its world-leading research to change the future, coupled with a commitment to supporting people who need help today

“So many of our dreams at first seem impossible, then they seem improbable, and then, when we summon the will, they soon become inevitable.”

Christopher Reeve’s words, while applicable to so many situations in life, resonate more closely with the spinal cord injured community with every passing day.

Once regarded as a permanent status, with little to no hope of recovery, pioneering research now underway into finding cures and treatments for paralysis is helping to change the outlook of millions of   people around the world.

And from being widely credited as putting a human face on spinal cord injury since his equestrian accident in 1995, bringing the issue to the fore globally and laying bare the reality of paralysis, the role Christopher – known and loved by so many as Superman – played in challenging the accepted norm during his lifetime is being carried forward by the Foundation that bears his name. 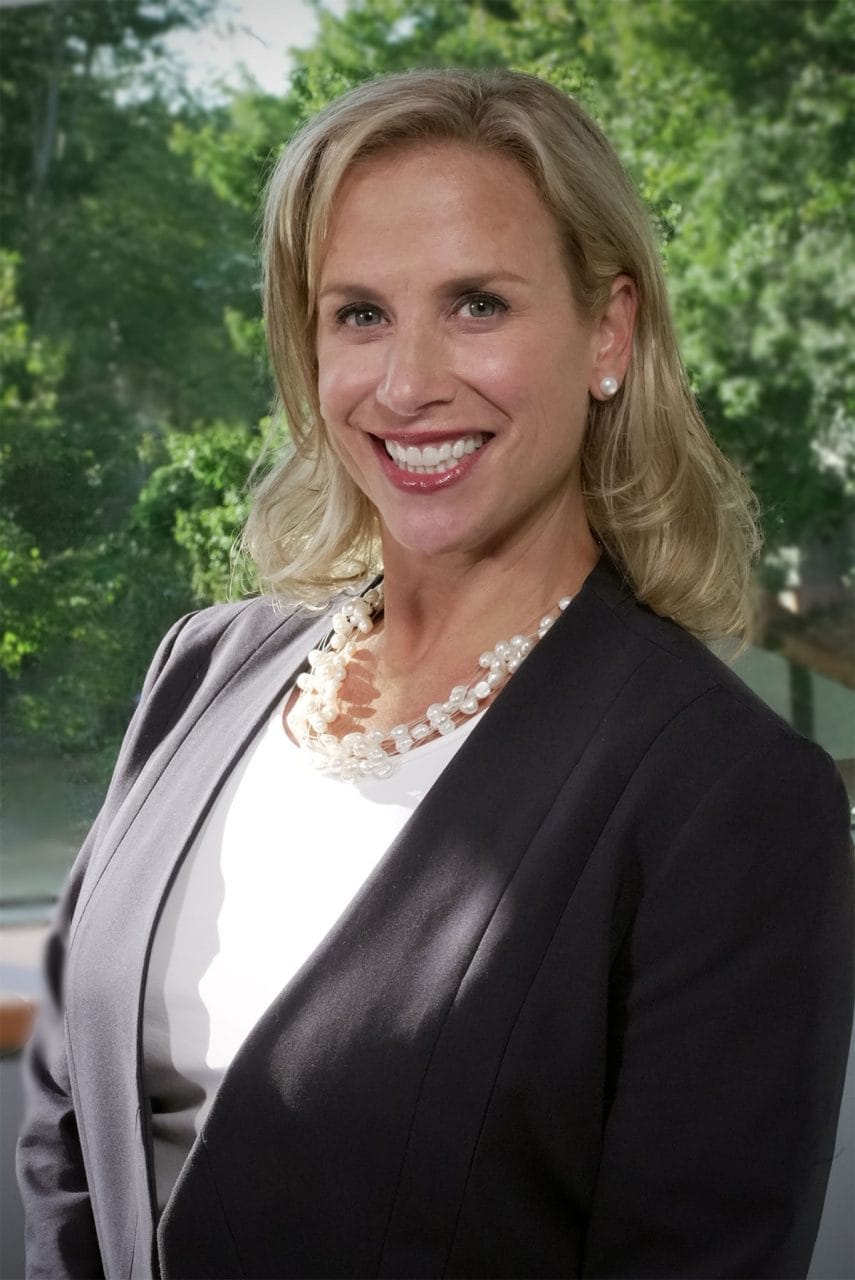 Now synonymous with fighting the cause of people living with spinal cord injury, the Christopher & Dana Reeve Foundation continues to break down barriers in what is possible, delivering on its dual mission statement of Today’s Care. Tomorrow’s Cure. ®

Offering a wealth of practical support and resources to individuals and caregivers across the world via its website, as well as making grants to non-profit organisations across the United States, for the past 19 years, it has been changing lives through its National Paralysis Resource Center (PRC).

Co-founded by Dana Reeve to support the millions of people – like herself – seeking information and a centralised place to seek practical and emotional support in their day-to-day lives, the PRC continues to be the only national program that directly serves the 5.4 million Americans living with paralysis.

Each year, the Foundation supports three million people virtually, with around 110,000 people receiving one-on-one personal support since the establishment of the PRC.

But in its quest to change the future, its support of research – to which it has committed approximately $140 million – is giving hope and accelerating progress across a full spectrum of spinal cord research from basic science to clinical trials and real-world treatments.

“At one time, spinal cord injury was really seen as the graveyard of neuroscience. People didn’t have hope,” Maggie Goldberg, President and CEO of the Reeve Foundation, tells NR Times.

“We believe spinal cord injury is curable, and we’re now taking multiple ‘shots on goal.’ We’ve always been very traditional in funding academic research, but now we are trying to get into humans as quickly as possible. This is a very exciting time.”

And through its approach, more wide-ranging than ever before, the Reeve Foundation is stepping up its efforts to bring this new-found hope for people with paralysis to reality.

Investments have been made in some of the most promising businesses in neuroscience and biotech – from ONWARD, creators of the spinal cord stimulation ARC Therapy, whose first device is set to be launched within the next two years, through to early-stage Axonis Theraputics in support of its research in breakthrough drug discoveries.

And through the groundbreaking, The Big Idea project, the next generation of neuromodulation is being fast-tracked and brought closer to reality every day. From its launch in 2014, the first epidural stimulation implant was made in 2018 – 22 people to date, all of whom live with paralysis, have now received such implants. The study will be fully enrolled with 36 patients by July 2022.

“The study was designed with stakeholders in mind, individuals living with paralysis due to spinal cord injury, with a goal to improve cardiovascular ability and provide advances in stepping and standing,” says Maggie, who recently became President and CEO of the Foundation after long being part of its leadership team.

“But what we are seeing, even though it was not initially part of the study, are improvements in the secondary complications which affect quality of life. There is someone in The Big Idea study who, since being implanted, hasn’t been in hospital in six months.

“This is extremely exciting, and patients are reporting it themselves. We are now seeing what a hugely important component implantables and technology are in both spinal cord injury and the health implications.

“We want to bring this therapy to the wider community, but that is easier said than done. There are a lot of steps. It’s not one size fits all as every single injury is different, but we are focused on continuing our work and providing the evidence.”

With world-leading research underway, the Reeve Foundation continues to do all it can to maximise its potential to the full, and is exploring more opportunities for collaboration.

“We are a big proponent of coalition building and are excited by work being done by other foundations and we want to work with them. We want to get the most promising therapies into humans as quickly as possible, and are looking at how we can deliver that in a holistic way,” says Maggie.

But while looking to change the future for people with spinal cord injury, the Reeve Foundation is equally committed to

supporting individuals and families now in every way they can.

“We want to be available to assist when someone is affected by paralysis. We know the devastating impact it has on the individual, their caregivers, family and professionals. Whether it’s providing information, answering questions, peer mentoring, advocacy, we want to give people hope and tools,” says Maggie.

“In the United States, the type of insurance a person has may determine what therapy, assistance or nursing one may receive once they are integrated back into society, sometimes that varies between state. No matter the situation, our resource center can help connect people with services. Our goal is to help the individual have the highest quality of life through employment, sports, education, or advocacy.

“This is such a large country and so diverse, some areas are so rural that access to transport is a real issue. In some areas like New York City, we can focus on accessibility for people with paralysis, but in rural Montana or Wyoming, there may not be access to public transport, they may not have access to a rehabilitation facility or to employment if they can’t physically get there. It can be very isolating.

“We believe social connections are important. After you have a spinal cord injury, you go through a grieving process.  In an instant, everything changes, and the way you interact with society may not be the same. Some people may not even be able to go back to their home. We look at every aspect of how we can be available to assist.”

And while delivering support and, crucially, hope to people living with spinal cord injury around the world, the Reeve Foundation is also committed to continuing the work of Christopher Reeve in raising awareness and changing perceptions of paralysis.

Both Christopher, who passed in 2004, aged only 52, and Dana, who tragically lost her life to lung cancer at 44 just two years later, worked tirelessly to change the lives of millions of people, and alter the awareness around paralysis for millions more.

Maggie shares this priority and is committed to ensuring this continues to be at the heart of the Reeve Foundation.

“My passion is to help others understand why this cause is so important, why they should care about it,” she says.

“When I was 16, I broke my neck in a car accident and had to wear a brace for six months. Doctors told me it was a matter of centimeters, or my injury could have been the same as Christopher Reeve.

“Spinal cord injury is still not well understood, and there is the civil rights issue too. We have an incredible team, and we’re all doing all we can to address the myriad components of care and cure within our community.”