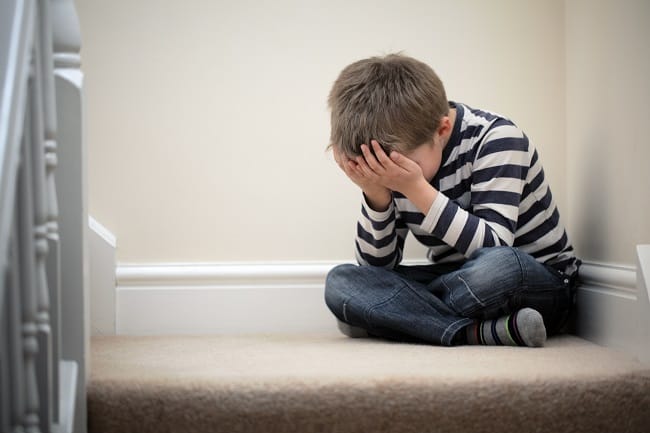 The mental health impact of maltreatment of a child can last as long as 70 years, shocking new research has revealed.

The study highlights the links between childhood trauma and ongoing mental health disorders, which can last into middle and older age adulthood.

The research, led by the University of Glasgow, looked at data from more than 56,000 participants from the UK Biobank to investigate the link between child maltreatment – including physical, emotional and sexual abuse, as well as neglect – and mental health in later life.

“Our findings indicate that the potential mental health consequences of child maltreatment are apparent for as long as 20 to 70 years after the occurrence, even among individuals with no history of mental disorders in early adulthood,” says Dr Frederick Ho, lead author of the study.

Researchers found that adults who had experienced three or more maltreatment types in childhood had the highest risk of all mental health conditions – almost twice the risk of the people without maltreatment experience.

The study also found that emotional abuse and neglect had stronger associations with all mental disorders, followed by sexual and physical abuse.

The association between child maltreatment and all mental disorders was stronger among participants who binge drank or in those who had few social visits.

“Our study supports a range of existing findings that all demonstrate a clear association between child maltreatment and poor mental health outcomes in adulthood,” says Dr Ho.

“We also show that those who reported binge drinking were more vulnerable to any mental disorders and behavioural syndrome following child maltreatment.

“This suggests that child maltreatment victims who also have drinking problems represent a particularly vulnerable subgroup for mental illness and should be better supported.”

The study also explored a wide range of factors that might explain the link between child maltreatment and mental health conditions in later life, but could not identify any strong mechanisms.

Dr Ho adds: “As we did not identify strong mediators, prevention of child maltreatment should be prioritised to reduce maltreatment-related mental health burdens.”

The work was funded by Wellcome Trust.