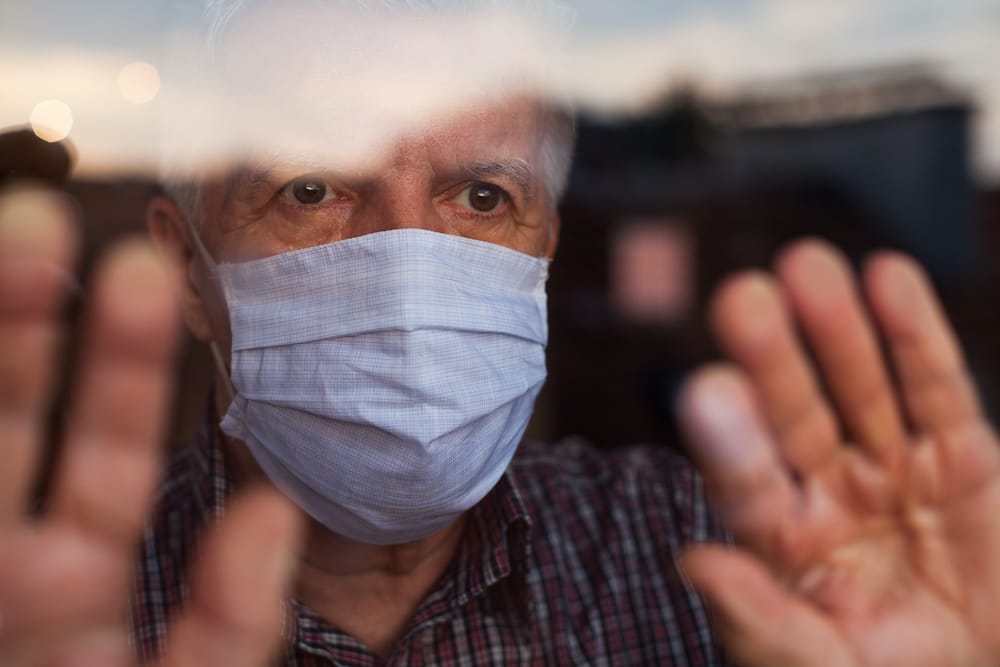 Health anxiety and mental health problems among clinically-vulnerable groups, who have shielded from COVID-19 at home for much of the past two years, have risen since the first wave of the pandemic, new research has revealed.

Around 40 per cent of those shielding were ‘clinically anxious about their health’; a higher proportion than rates reported during the first wave.

Additionally, the University of Bath research highlights how older populations were more anxious about their health and women continued to be more adversely affected when compared to men.

Around half of those shielding other people also experienced ‘vicarious health anxiety’ – the first time this specific issue has been explored by researchers.

The study is the first to use validated measures of mental health to focus on the effects of the pandemic for those who have been shielding or continue to shield.

It finds that health anxieties among these groups grew in line with the length of time they spent indoors.

Conversely, and in comparison with work carried out by the same research team during the first wave of COVID-19, anxiety among the wider population decreased over time.

Clinical psychologist Dr Jo Daniels, from the University of Bath’s Department of Psychology, explains: “As COVID-19 slips from the front pages, those who have been shielding – or continue to shield – have become a forgotten group. But the pandemic has had profound effects on their lives with a heavy mental health burden.

“As final guidelines are reviewed, and potentially lifted, we must provide greater support to those in most need.

“Policy-makers need to be aware of the psychological impact of shielding over the course of the pandemic as they make decisions about the support and future plans in relation to the clinically vulnerable.

“Many who are continuing to follow guidance for the immunosuppressed will be anxious if forced to return to work, and to society in general.”

In March 2020, before lockdown, the government identified individuals who were ‘clinically vulnerable’ and advised them to shield. Guidelines included avoiding contact with others and asking friends and family to collect shopping. These applied to individuals with weakened immune systems and underlying health conditions.

From August 2021, government shielding guidance ended. However, due to further waves of COVID-19, many individuals chose to continue shielding and take additional precautions.

At the end of 2021, 22 per cent of people who met the clinically vulnerable status continued to shield, whilst 68 per cent were taking added precautions.

Set against this context, the research from the team at Bath explored the mental health effects of the second wave of COVID-19 (January 2021) for people shielding compared with the first wave (March – April 2020). Two separate research studies drew on questionnaire responses from individuals of all ages and health conditions.

Their results – which adds further to research around vulnerable groups during the pandemic – show that those shielding have been more fearful of contamination, more anxious about their health and more anxious generally when compared to the broader population.

The team, led by Dr Daniels and Dr Hannah Rettie, say these findings highlight a pressing need for increased psychological support for people who have been shielding in some cases for more than two years.

Their study offers insight into the ways psychological therapies, such as CBT, can be adapted to support shielders.

The researchers also stress that their findings should not be interpreted as meaning that shielding groups are over-anxious.

Given the threats of COVID-19, they say fear is a very normal response for those at risk of significant consequences, particularly in the absence of almost all protective measures and extended periods of social isolation.