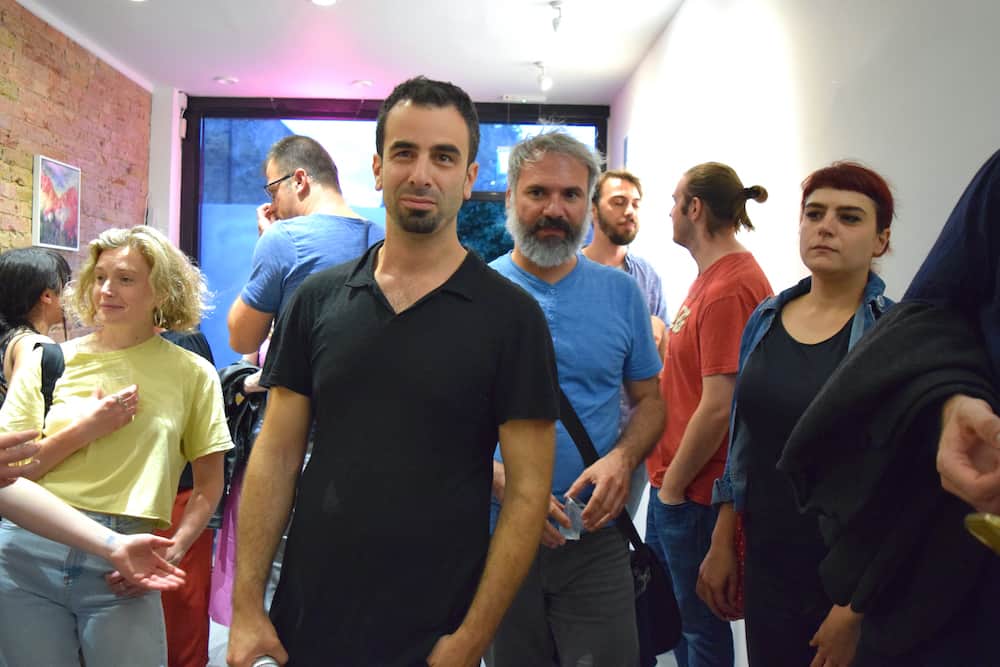 Byron Konizi wants to do away with the word ‘rehabilitation’. He believes he has a better term for brain injury recovery. But this is no lexical whimsy.

His conclusion comes after a decades-long journey into the world of neurological treatment, to the brink of death and back again.

It started with a bike ride at age six that sent him freewheeling onto another life trajectory.

He fell off, sustaining a head injury – the first in a series of traumatic brain experiences in his life.

These dark chapters have shaped a new organisation that wants to bring about a post-brain injury revolution in the UK.

“After the first accident I had stitches but then about a year later started having more serious problems.

I’d be in excruciating pain, in a state of agony, but the doctor said I was fine and probably just wanted time off school.

“Eventually they did a brain scan and there was swelling and bleeding and I was rushed in for emergency surgery. I would have been a goner if they’d waited any longer.”

He had to relearn to walk and talk and, following intermittent bouts of unconsciousness, faced more brain surgery to fix problems with the original operation. He also developed epilepsy.

“I couldn’t read or write for a while after that, although strangely I became really good at chess and won the borough chess competition.” 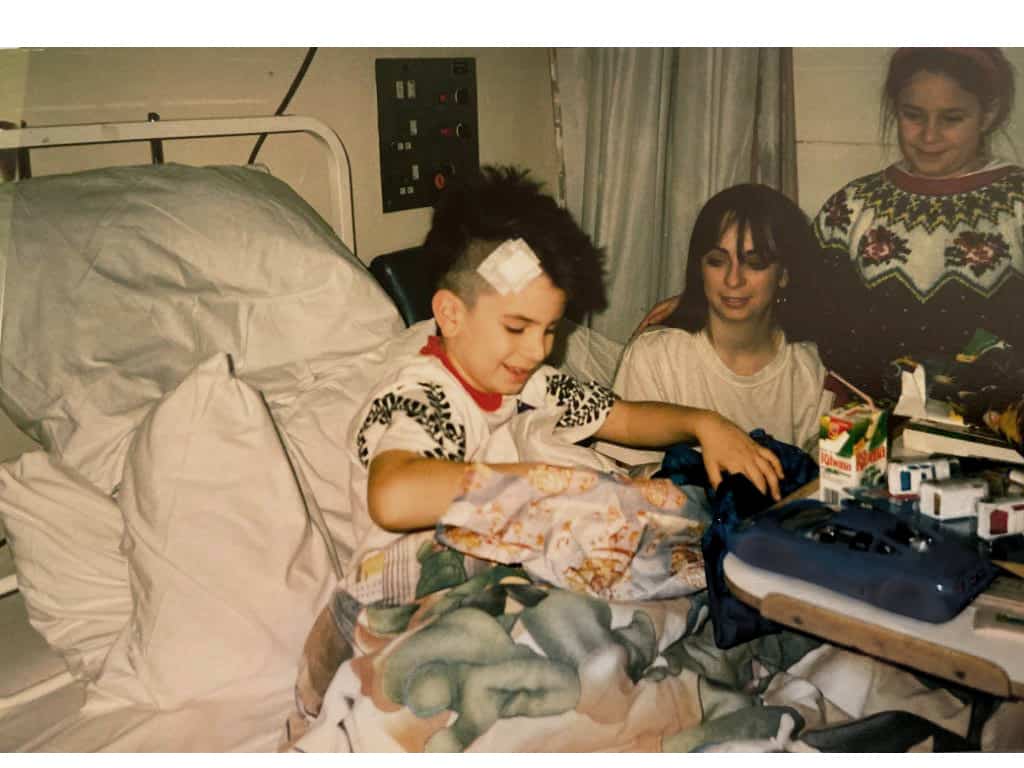 A further scare followed when doctors spotted an anomaly on his brainstem. They monitored it over six months and Byron’s family were told that he could be in grave danger.

“During that time, I did the whole Disneyland thing because we didn’t know how long I’d be around for,” Byron (pictured as a boy in hospital) says.

Thankfully the anomaly didn’t progress and hasn’t since, although it is regularly monitored.

“I then spent my teens trying to recover and was on lots of heavy drugs which was interesting.

“I was really good at some things but an absolute disaster at others. I found it difficult to participate in all sorts of things. I tried to study for my GCSEs but felt I was coming up against intellectual bullies who would give me a hard time because my concentration and memory were impaired.

“I retained intelligence but just couldn’t keep up with the other kids because my brain wasn’t functioning as it should have been. I was good at short burst stuff but anything that required me to concentrate and persevere I couldn’t do, I would just drift off.

“I went off the rails and also became quite depressed and anxious because I didn’t fit in and had to seek help.”

Despite these challenges, his creative flair shone through and he was accepted at the world renowned art college St Martin’s in London.

He also practiced performing arts and song-writing in his spare time.

Cognitive impairments persisted, however, and he struggled to cope with the rigours of his education and dropped out.

Byron was then able to access neuro-rehab services in Cambridge which “helped me to understand my brain injury”.

“I got back to my studies having been accepted back at St Martin’s but started realising there was always a barrier to how far I could go because there was always administration, paperwork and bureaucracy that my brain couldn’t cope with.”

By his early 20s, he was working as a graphic artist and designer and secured a position in the London Mayor’s office as an adviser for inclusivity and equality.

Career highlights included helping to design the London 2012 Olympics mascot and creating a tube map for people with disabilities and certain health conditions.

“I also wanted to set up a charity to help people like me but I just couldn’t do it.

“Everywhere I’d go to get funding and support, it was all paperwork and administration, which I couldn’t do. It was ironic since that’s exactly the sort of thing I wanted my organisation to help people with.”

At age 30, Byron sustained yet another brain injury, from “a whack on the back of the head in Central London” which he can’t discuss in detail for legal reasons.

“I had to have all the old surgery redone. Following the operation I lost my sight for a period of time and I was very poorly.”

The incident came just as a flourishing career as an actor was developing, having featured in various TV and radio productions, including Zoe Ball’s Book Club and the hospital drama Casualty.

“Everything fell apart again and I had to spend the next year recovering.”

That wasn’t the final curtain for his acting career though. In 2017 he was the lead in the short film I used to be famous, which won several independent film awards and was shown in film festivals across the globe.

Byron played a musically gifted man with autism, alongside Naomi Ackie, who is now featuring in the latest Star Wars blockbuster.

The role prompted a letter of praise from Sir Roger Deakins, the cinematographer best known for work on the films of the Coen brothers, Sam Mendes, and Denis Villeneuve.

But his big passion project now is helping other people affected by long-term health conditions, including brain injury.

“I had a lot of sadness about the mistreatment of people with neurological conditions.

“Two close friends had died and I’d lost another friend I’d made while in hospital having surgery and I just wanted to do something to help people like those I’d lost.

“I’d also been involved in the brain injury APPG (all-party parliamentary group) at Westminster and spoke out quite angrily at what I thought was a failure to properly support people with brain injury in this country.

“The government could save millions of pounds and many lives if it addressed the issue which I didn’t feel was being taken seriously enough.” 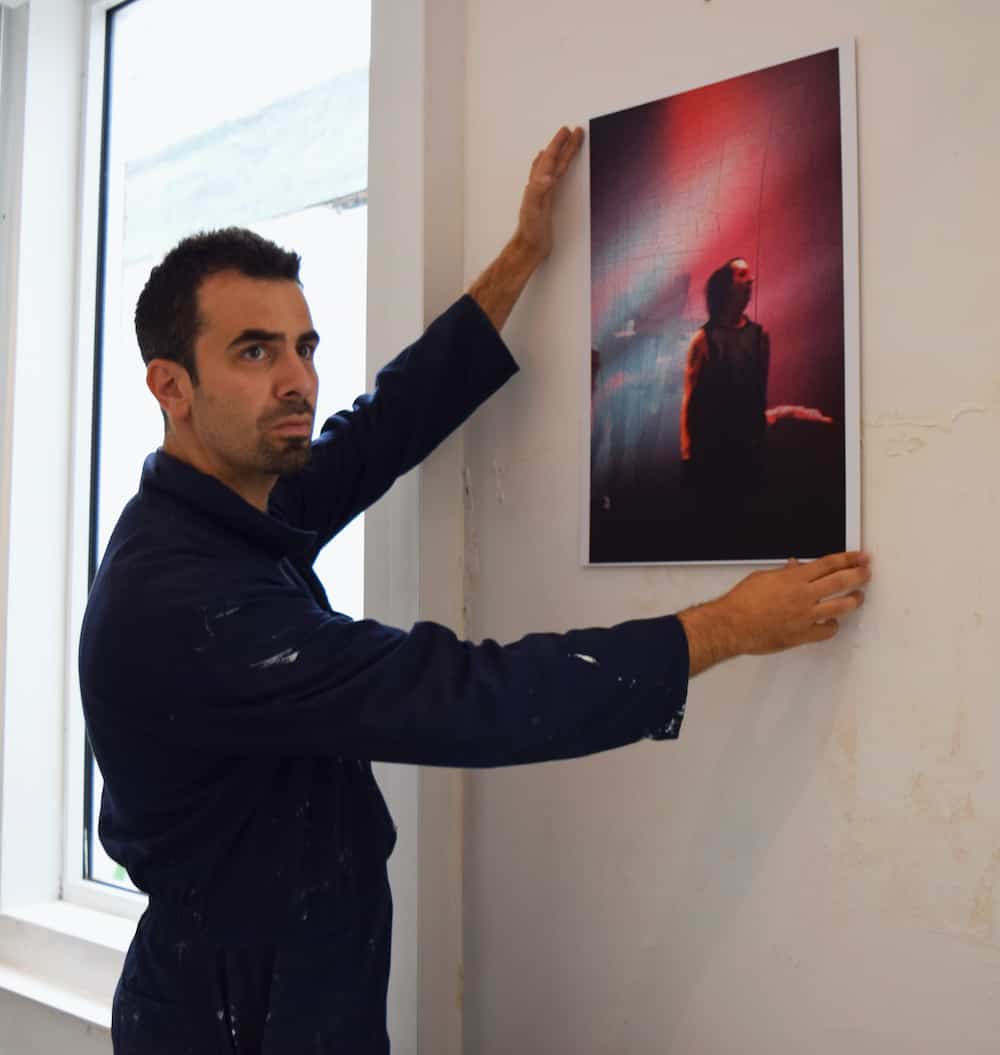 Out of these experiences – and all that has passed since he came off his bike as a six-year-old – came his new innovation UDAV, “the world’s first Cocooge centre”. The word Cocooge (pronounced cocooj) is very significant to Byron.

“This is our challenge to the use of the term ‘rehabilitation’ in relation to neurological trauma.

“I believe ‘rehabilitation’ to be mostly inappropriate and controversial because it is rare that people are truly rehabilitated following a neurological trauma.

“The term can perhaps be seen as creating an unachievable goal and possibly false hope for many. Rehabilitation suggests the objective is to return to one’s original state.

“Cocooge better describes the actual process following a neurological trauma. It’s a combination of cocoon, meaning to incubate, and refuge. It means the process of protected incubation that immediately precedes reinvention.

“Like a caterpillar emerging as a butterfly, it suggests that an irreversible change has taken place.

“From my experience, this is a crucial stage in progressing to the next stage in life, perhaps even to something far greater than their original state.”

Byron has opened what he hopes will be the first Cocooge centre of many in his native Hackney in North London.

It is run under the umbrella of the charitable organisation he founded, UDAV.

It is designed for people marginalised due to the fallout of brain injuries, neurological conditions or other long-term health conditions.

“The aim is to help them to reinvent themselves in a way that allows them to thrive, in their future careers and their lives generally.

“There’s a glass ceiling for many people with neurological conditions. As soon as you want to do something people start bombarding you with paperwork, admin, asking you to go through processes that you can’t do.

“So then you’re asking yourself where do I go in life? What do I do? And you end up isolated and alone.

“So what I’ve created is effectively a community centre that gives people a sense of belonging, and supports and protects them.”

Through creative activities, bringing together a cast of arts and culture groups and practitioners, the centre’s overriding aim is to help people with neurological impairments “to evolve” rather than stagnate in life.

It’s early days for the organisation but current initiatives include a photography studio at the centre, sign language lessons and various art and music projects.

“A lot of the people we’re helping actually worked in creative sectors but had to stop because of their trauma. For example, we have a lady who used to be a TV producer whose career ended because of a brain injury, we also have an artist with PTSD and a photographer with a brain injury.

“All of these people are really good at what they do but because of their injuries and conditions, they can no longer do them professionally.

“We pull them in and support them through workshops, health initiatives and other activities which keep them busy, helping them to evolve. But also they check in here just to see their friends.”

One member is a photographer and survivor of multiple strokes.

“He’s a really good photographer but he can’t do the social stuff required to arrange the models and so on.

“We’ve not only provided him the premises but also arranged for fashion designers and models with long- term medical conditions to come in and work with him. We’ve also got a brain injured graphic designer, so it all fits together.

“We basically help them with the things they can’t do. We all work together and make good things happen and give everyone something to belong to.”

The launch of the organisation has been backed by London property developer and entrepreneur Jack Baswary who provided UDAV with the necessary support needed to get it off the ground.

UDAV is keen to work with further investors and partners as it aims to open Cocooge centres across the UK and internationally too.

Out of the shadows

“She started playing, and then spoke for the first time”