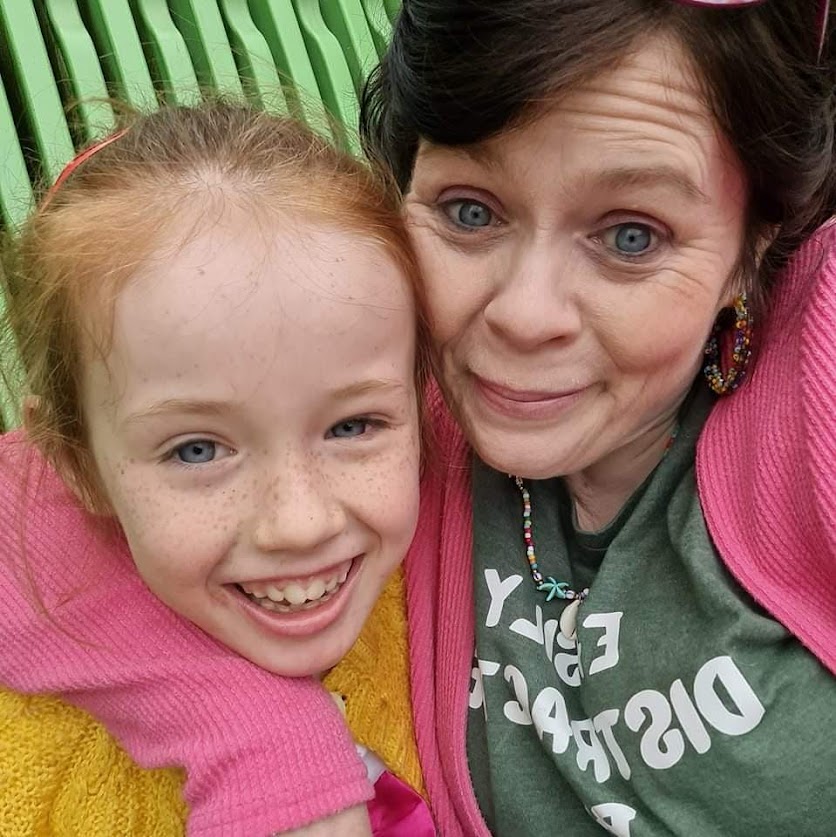 After waiting for a diagnosis for seven-year-old Amelia Garnett’s neurological condition for six years, genetic testing has recently confirmed she has KCNB1-related developmental epileptic encephalopathy.

Here, her mum Marie – herself a brain tumour survivor – discusses the long search for a diagnosis, how the family cope with Amelia’s condition, and why she is running the London Marathon to raise money for children with additional needs like her daughter

“We have known since Amelia was very young, probably around the time of her first birthday, that there was something wrong. As she got older, it became increasingly easy to spot.

“Although we’ve always been reassured that kids develop at a different pace and no two children are the same, as other children started to do things, Amelia was being left increasingly far behind. While she is my only child, and people often dismissed my concerns because I didn’t have another child to compare her development to, I thought that surely if 99 children are doing something but one isn’t, then there must be a problem? Surely that must be a red flag?

“These issues have become increasingly obvious as time went on, she was not developing like other children were, and it was only when she did get that bit older that we actually got somewhere.

“Amelia is now seven and is non verbal, has extensive learning disabilities, and can’t dress or feed herself. She also has epilepsy and seizures every day.

“She had blood tests done, which were normal, so we were then referred to genetics, who did some tests which also came back normal, so we were sent back to the paediatrician. We were referred time and time again, trying to find out what the problem was. It has been a long process.

“It was very clear that something was wrong, but really difficult to not know what. It was a relief that the initial tests came back normal, so we knew there was nothing life-threatening, but that didn’t help us to understand what was actually going on.” 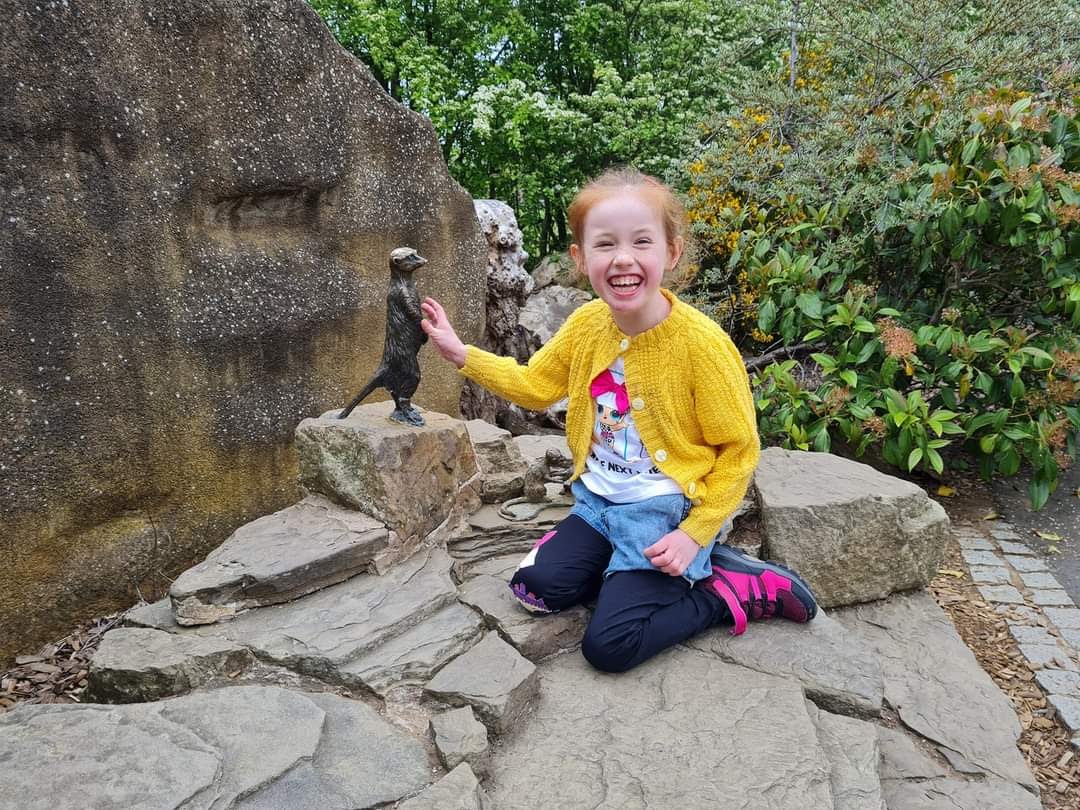 The importance of finding a diagnosis

“Having had three life-saving operations after my brain tumour – as well as a Chiari malformation and hydrocephalus – I know how vital a diagnosis can be, so you can get the treatment and support that you and your family so badly need. But we couldn’t get that for Amelia, as we didn’t know what was wrong. We needed that diagnosis.

“Community paediatrics referred us to have full genome sequencing for Amelia, myself and my husband Darren, which was significantly delayed because of COVID, but that was very worrying too. What would it find? What would the results show?

“We were given support in advance of these tests, because if you found that as a parent you were the reason your child has these disabilities, how would you cope with that? And if it was familial, how would that impact on other members of our family and any children they may go on to have? There was so much to consider.

“We were told full genome sequencing takes six months, and almost six months to the day, in December last year, the letter arrived. It confirmed Amelia’s diagnosis – KCNB1-related developmental epileptic encephalopathy – and that it was not in either mine or Darren’s genetics.

“KCNB1 is a rare condition which sees children experience delayed development, learning disabilities, and possibly epilepsy too – the extent of these can vary in each case, from very profound to mild, and it’s a waiting game to see what happens.” 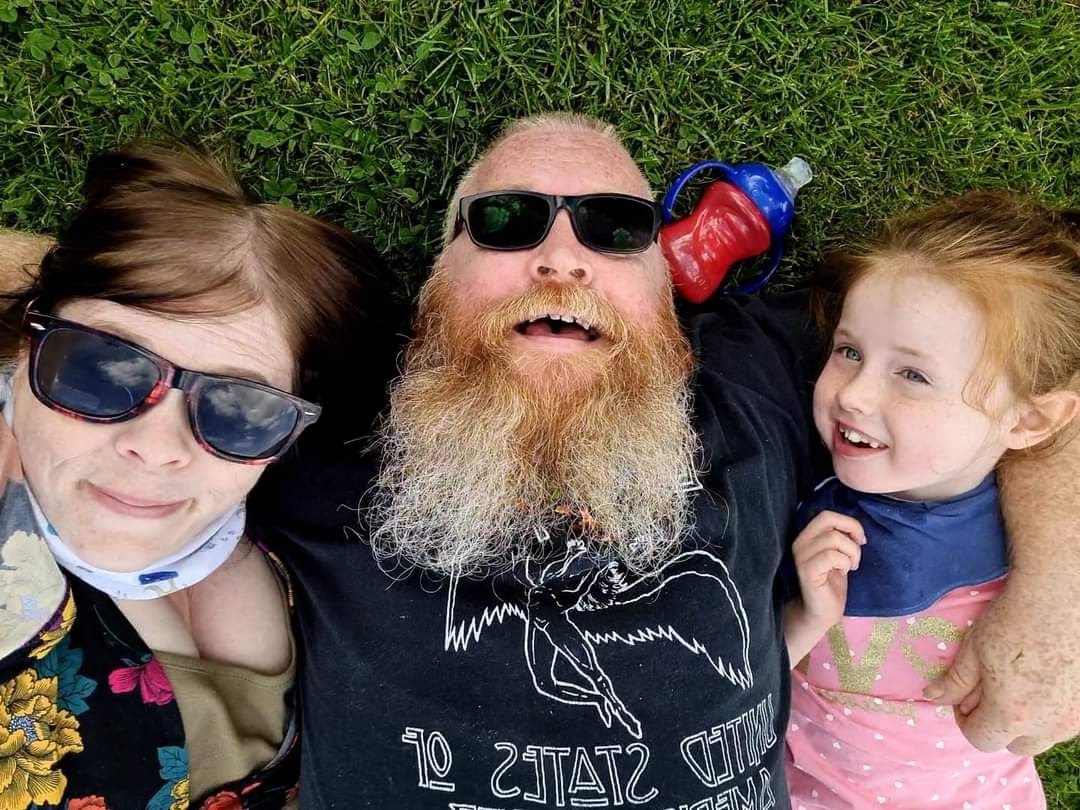 Dealing with the reality

“While it was a big relief to actually have a diagnosis, it was so upsetting. I felt relieved, but also broken by it.

“I think I cried for the whole of December. I suppose I was in mourning in a way, for the future I hoped Amelia may still have had – until it’s actually confirmed otherwise, you hope she will just catch up with all the other kids, that all the therapy she’s having will have miraculous consequences.

“Now, knowing her diagnosis, it’s very unlikely she will ever be entirely independent, and will always need to be cared for and supported in her life. We aren’t young parents and it’s always on my mind about what will happen after we’ve gone or can’t take care of her anymore, who will care for her then?

“But when it got to Christmas Eve, and we still hadn’t put all our decorations up, it was a bit of a turning point for me. I said to myself ‘Pull your socks up, love’ and put the decorations on the fireplace, got on with things, and we all had the best Christmas ever.

“We’re working hard to give Amelia the very best quality of life we can. We are working really closely with the epilepsy team, who have told us it’s very likely she will never be seizure-free, and she is currently on three different medications but still has seizures every day.

“Currently, we’re waiting for an appointment with a dietician to discuss whether Amelia will be suitable for the ketogenic diet – potentially, that could help with regulating her seizures and may also help with her learning disabilities through giving more focus.

“It sounds amazing, but we need to see if she is a suitable candidate. We’ve been on the waiting list for about 18 months now, so we hope to be seen soon – I’ve already started looking at recipes and practicing cooking for a ketogenic diet, and it would really give us a boost if we could give that a try for Amelia.” 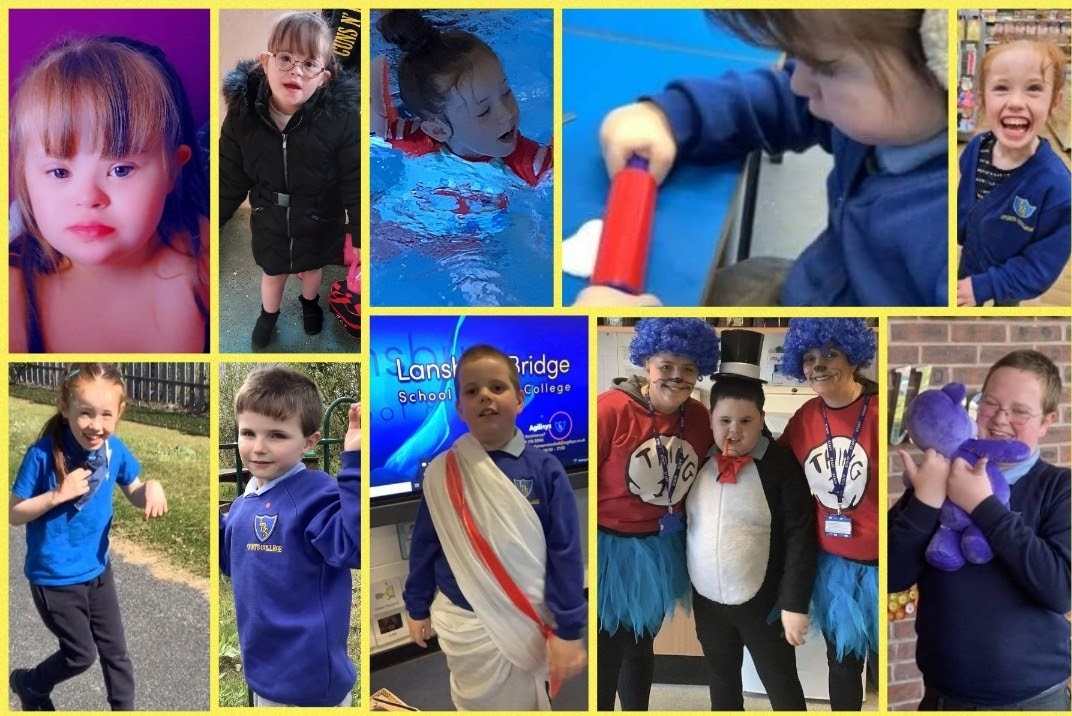 Taking on the London Marathon – again!

“Amelia absolutely loves her school, Lansbury Bridge School in St Helens, and although the past year has been very difficult for her with increasing seizures and medication changes, and she has regressed with her learning, they have been amazing.

“There are many children at the school with a range of different disabilities and conditions, and the teachers and teaching assistants do such a great job to support them all. The play equipment they have there is brilliant but costs so much money, which gave me the idea to fundraise for them.

“I completed the virtual London Marathon last year to raise money for The Walton Centre, who saved my life, and The Brain Charity, whose support was fantastic after my brain tumour. I couldn’t walk after my surgery back in 2015, but after running the entire 26.2 mile distance remotely on a route I’d devised around Liverpool, I raised over £1,800.

“Now, I am raising money for the school’s charity, Lansbury Make It Happen, to help Amelia and her friends. Amelia will be at that school for the whole of her time in education and she loves it there, so I want to do what I can to help them continue to support her and the other children there, as well as the teaching staff.

“The school community are incredibly supportive and along with each donation, I’m asking the donor to nominate a health condition they’d like me to shine a light on through my fundraising page – to date, we’ve had conditions including pulmonary hypertension, migraine, Amelia’s KCNB1, and others.

“It’s really important to me that people understand these conditions and their impact on the individual and their family, and learn about the reality of what they deal with.

“I completed the London Marathon in seven hours 15 minutes last year, but my goal this time is to do it in under seven hours. I’m training for it and am determined to do my best, inspired by the knowledge that my fundraising will help Amelia and other children who have additional needs and disabilities.”